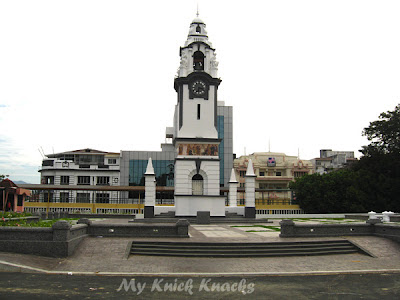 I stayed in a city which has many beautiful colonial buildings that has listed as Ipoh Heritage Trails . I am so happy and glad that they did not pulled down this old buildings that a history to it.  Today , I want to share with you one of the heritage trails of Perak I hope to be able to share more of these heritage trails of Perak in the days to come :)   I love architectural design of each and every one of them .  Frankly speaking, I have taken these beautiful colonial buildings for granted , for I have stayed in this city for five over decades and I know nothing much about them :p  but today I am going to learn more about our own heritage buildings in Perak State .  I shall start with the Birch Memorial - It is just located opposite the State Mosque and next to the City Town Hall , Post Office Road, Ipoh. 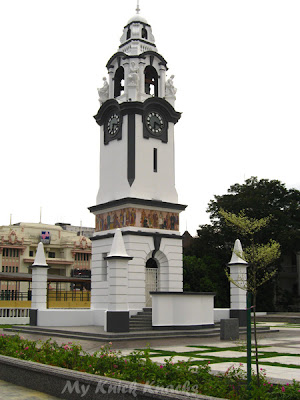 Birch Memorial was built at the cost of about $25,000 amd was inveiled by Sir John Anderson, the British High Commissioner in 1909. It is a  "square decorated tower with a portrait bust and four panels illustrative of the growth of civilization " . It was dedicated to J.W.W Birch, the first British Resident of Perak and his bronze bust was installed in the north-facing niche.  ( I found this missing though ...it was removed for repair work  ? )  The clock tower house a 6 ft 6in diameter 10 cwt mother bell, ( I found this missing though...maybe they have sent for repair too ) and another four smaller bells weighing a total of 10cwt chiming the tune of the Big Ben of London. Found at the four corners of the belfry, on pedestals, are terracotta figures, representing the Four " virtues of British Administration " carrying a sword and shield representing loyalty " , blind and holding a sword and scales depicting " justice ", unarmed showing " patience" and with a calm demeanor holding a spear broadcasting " fortitude " respectively.  On the panel that depicts civilization are some 44 famous figures in world history.  The image of the last prophet of Islam was painted over in the 1990's due to objections from Muslims to his depiction. 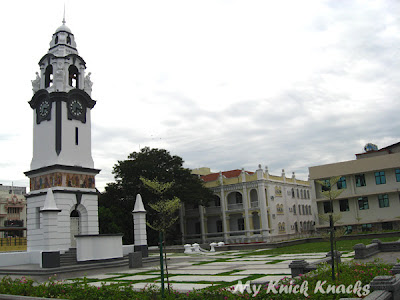 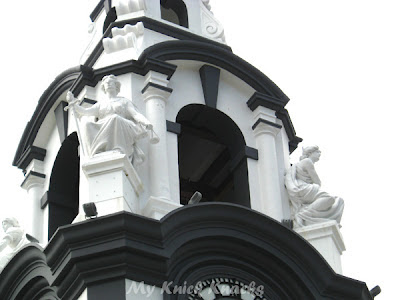 The terracotta figures represents the virtues of British administration 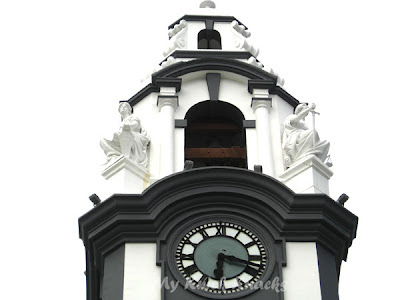 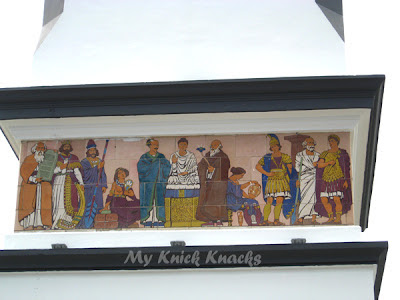 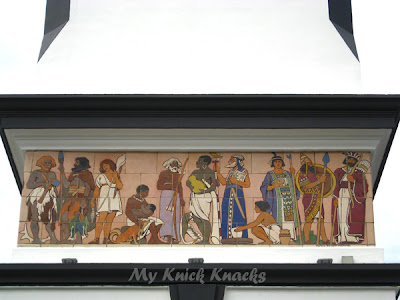 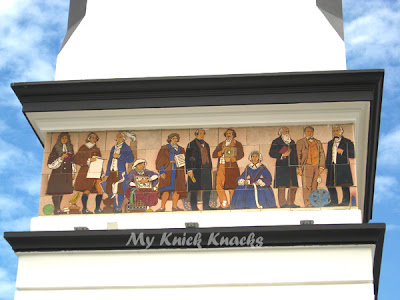 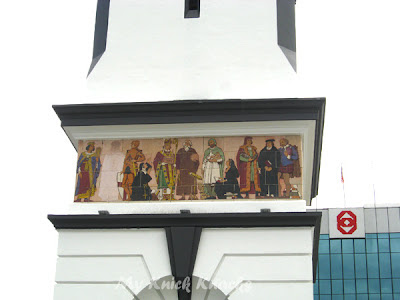 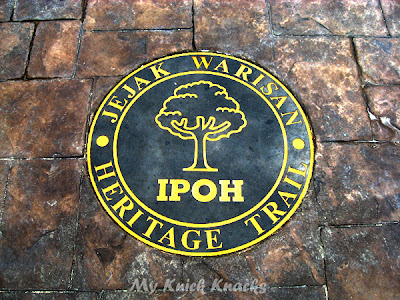 Birch Memorial has been added as one of Ipoh Heritage Trail
They have recently  landscaped the area
and it looks great now. If you are passing by Ipoh, Perak Malaysia,
do drop by this HeritageTrail of Ipoh