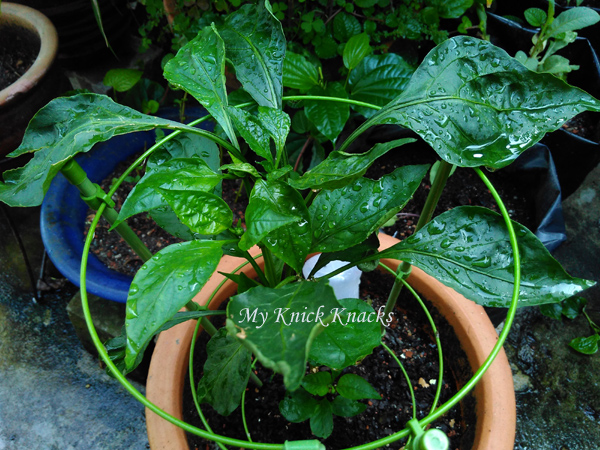 Mine produces lots of blossoms but they dropped and two managed to be pollinated but was attacked by Cyclamen Mites causing the fruit to have ' rust ' texture on the skin.  I have shared below the two important factors when growing pepper bell. Hope it helps you to understand why the blossoms doesnt stick to the plant :)  And when you have the ' rust ' like texture, you will know what causes it. 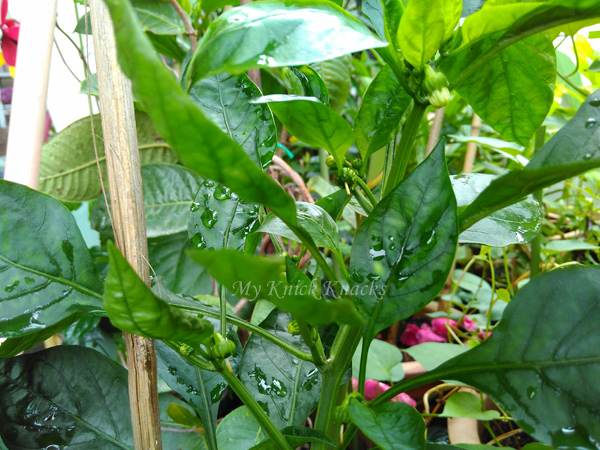 Pepper Blossoms Falling Off The Plant

Of the different reasons for the lack of flowering or bud drop on pepper plants, the most common include the following:
Temperature. Pepper plants are extremely sensitive to temperature. This is probably one of the most common causes for lack of flowering or bud drop and one of the most likely to suspect first. Optimum daytime temperatures for bell pepper varieties are between 70 and 80 degrees F., with up to 85 degrees F. for hot varieties, like chili peppers.
Nighttime temperatures falling below 60 or rising above 75 degrees F. are also indicative of bud drop. In addition, overly cool conditions, especially early in the season, can prevent buds from forming.
Poor Pollination. A lack of pepper flower production or bud drop can also be contributed to poor pollination. This can be due to a lack of pollinating insects, such as bees and butterflies, in the area. To help alleviate this problem, you may need to entice pollinators to the garden by adding some bright colored flowers nearby. While there are also blossom set products available, they are not full proof and may be time consuming to apply.
Poor circulation, which contributes to pollination, may also be to blame. While moving in-ground plants may not be feasible at this point, container grown peppers can be relocated. In addition, pepper blossoms are even more sensitive to the temperatures during pollination.

Poor circulation, which contributes to pollination, may also be to blame. While moving in-ground plants may not be feasible at this point, container grown peppers can be relocated. In addition, pepper blossoms are even more sensitive to the temperatures during pollination.
Fertilizer/Water Practices. Oftentimes, too much nitrogen fertilizer will affect pepper blossoms. Instead of producing a pepper flower, the plant puts all of its energy into foliage growth. However, low fertility and low moisture levels can also result in poor flowering, bud drop and stunted growth.
You can try adding a teaspoon of Epsom salt to a quart of water and apply to plants to help improve fruit set. High phosphorus fertilizer, or bone meal, can help offset high nitrogen levels too. Uneven watering or drought will cause pepper flower and bud drop. Try to avoid overhead watering and use soaker hoses or drip irrigation instead. Water regularly and deeply. 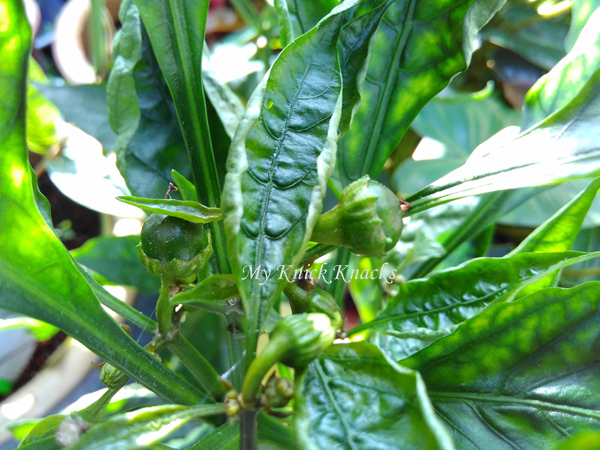 many blossoms drop before they can even grow to edible size :(
so sad 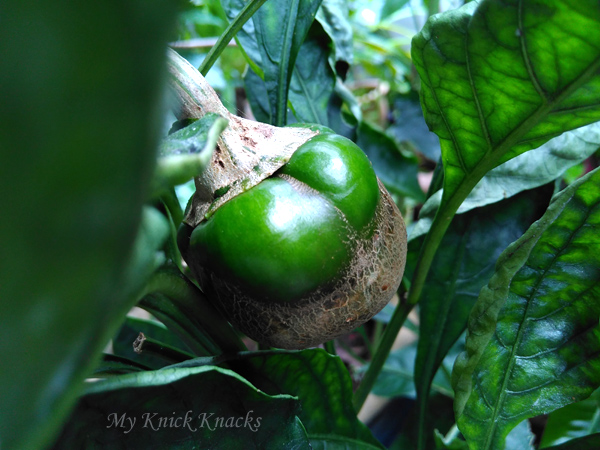 One of my favorite ‘oddball’ samples is peppers damaged by mites. The peppers look like potatoes growing on the plant the way they are scabby and misshapened. Cyclamen mites are the most likely culprit for these dramatic symptoms. The mite feeding causes the peppers to russet; the russeting is brown and rough to the touch and appears over large portions of the pepper. If you look closely the russeting has a crackled or net-like appearance.


Cyclamen mites cause this impressive damage by feeding on the young developing fruit. They inject auxins (growth regulators) as they feed which cause the fruit to form the russeted appearance. It does not take very many mites to cause damage. Once the damage is apparent the mites are long gone and curative treatment is not possible.
Controls focus on cultural methods that prevent cyclamen mites from getting to the peppers. Problems with peppers in greenhouses are often from cyclamen mites moving onto the pepper plants from nearby ornamental plants, so keeping ornamentals away from peppers can reduce the chance of damage. In a field situation strawberries can serve as a source of cyclamen mites that infest nearby peppers.
The damage is only skin deep with the inner tissue appearing normal. I suspect the peppers could still be eaten but I think the skin would be a bit too chewy! Luckily cyclamen mites are only an odd occasional pest of peppers and this is not something that most gardeners will ever encounter. 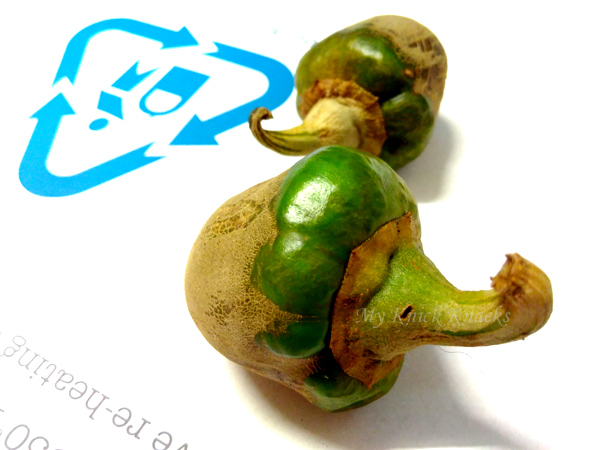 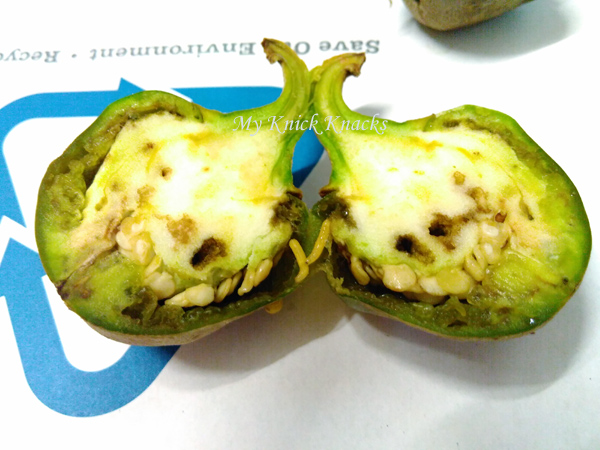 the whole pepper was infested with worms...so scary!

I will not give up ...will be planting another batch
will blog about it when the time comes :)