My Collection Of Precious Water Gem 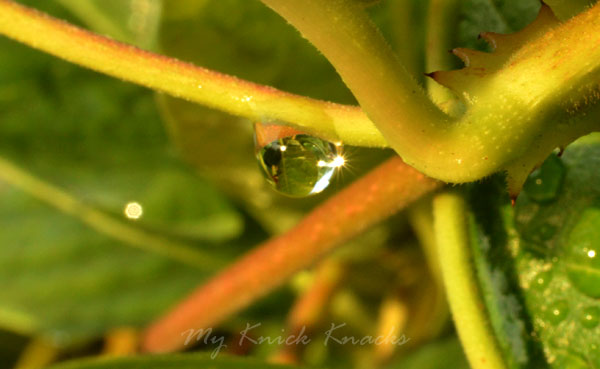 People collect precious knick knacks for their homes but I collect water gems through my Nikon D7000 with the Sigma 30mm f1.4  :) Sound uninteresting? But to me, water droplets or I named them water gems are interesting if captured with a sparkle.  As shown in the photo above, there was a streak of sunlight caught at the corner of the water droplet which gives it its sparkle. With the right setting and the right angle where the sunlight shines at the right spot, I managed to bring this water droplet to sparkle like a precious gem.  My beautiful priceless water gem found on the stem of a leaf giving me the greatest pleasure ever.  My photography learning journey has given me great pleasure.  Seeing things the naked eyes sometimes can't capture brings me happiness :)  Sharing a collection of  my precious water gem with you guys and hope you too will be inspired by my photography and be able to look at God's creation in an appreciative way.  God bless  you for taking time to  read this post and do come back for more beautiful photos taken by me  which I will be sharing in the coming days.

If you have missed out some of my collection on water gem posts, here is a list that you can click on to see my collections:

My Collection Of Water Gems 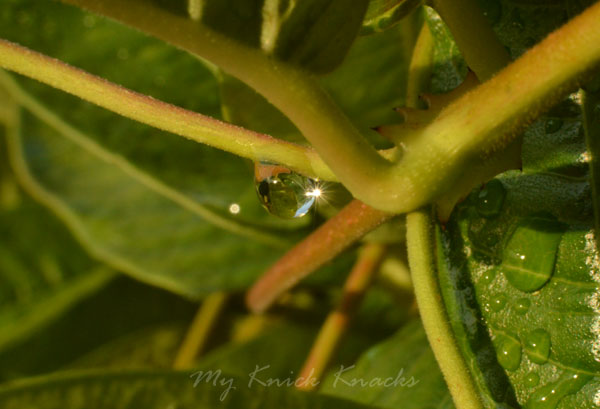 a water gem so precious with its sparkle
worthless ! 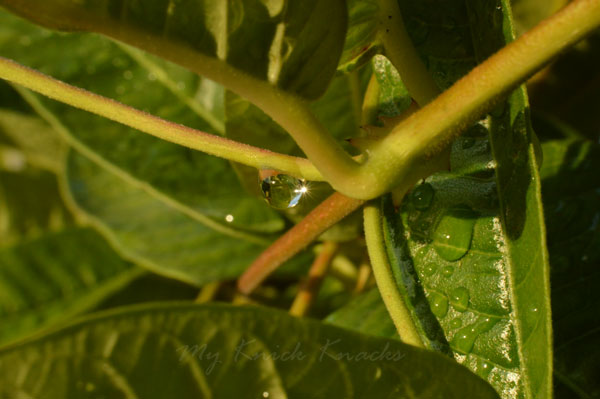 
Knick knacks, trinkets, baubles, curios. These are just a few names for objects that have no intrinsic value, but that nonetheless have sentimental value to people. Not only do people gravitate to these supposedly “useless” items, some even collect them. Collecting is a time honored hobby, and common collectibles are stamps, coins, action figures, and I ,myself, even collect bottle caps. Collecting things likely feeds the primal instinct in us to hoard food for survival, or it may have to do with our yearning for exploration or knowledge. What we can all agree on is that collecting things makes us feel good. If becoming a collector sounds interesting to you, here are a few examples of collectibles to get you started.

As previously stated people love collecting stamps and coins. The reason for this, besides the fact that coins are a unit of currency, is that stamps and coins are snapshots of a certain point in time. Coin collectors like to collect limited edition coins, for example, because these coins were minted in small numbers and few exist, so they exist as a reminder of the time in which they were minted. Similarly, stamps come in a wide variety of designs, none of which are made in perpetuity, so each design is only manufactured so many times. People collect these unique designs as sort of a reminder of the past.

Another common type of collection is of certain apparel, such as shoes and hats. While I can’t say what it is, specifically, about these items that their collectors value, that’s part of what collecting things is all about. It’s about collecting something you find interesting, whether or not it’s valued by the masses. For example, my collection of bottle caps would be considered litter-al garbage (get it?) by most, but I like them, so I hang on to them. If you’re the kind of person that likes hats and wants to start a collection, or you want to college sports memorabilia, <a href=”https://www.groupon.com/coupons/stores/lids.com”> Lids </a> has got you covered. 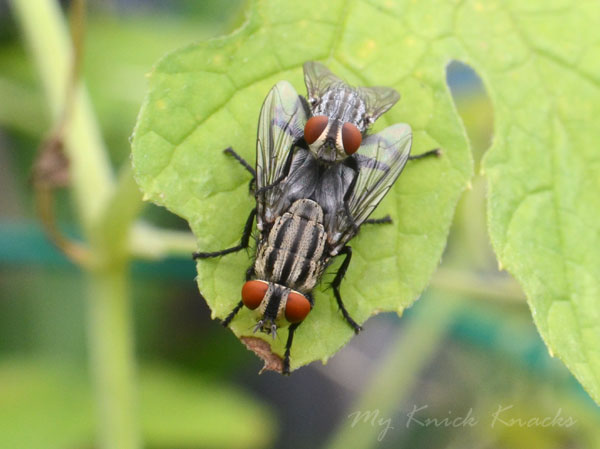 I have been playing with the Sigma  30mm f 1.4 lens and trying my level best to improve my photography skill.  As the saying goes, practice makes perfect and finally I managed to get a good one and guess what? This pair of house flies became the subject for my photography lesson . Of course they are mating and this is nature okay :)   I am happy with this shot err...not up to standard yet but I believe they are good for an amateur like me :p  . I have the Raynox dcr-250 lens attached to the Sigma 30mm f 1.4 lens on my D7000 Nikon.  I managed to get a shallow depth of field and the sharpness of my subject. I am proud of myself because this picture is taken handheld. Hand is still quite steady.  Rest assured I will get there soon.  This is a promise I made to myself two years ago when I first bought the Nikon D3200 now using NikonD7000.

There are a couple of common houseflies in my lil space I guess they like to mate on my plants, I don't know why but I read from a forum whereby this participant posted this.....
excerpt taken from here

"Okay, I've been watching these little guys like a hawk. I'm almost 100% positive that these flies are eating the trichomes. I was just in the grow room and there were 3 flies just chilling on the sugar leafs and I watched one with his little tongue gliding over the trichomes. They are not doing any damage to the leafs BUT where I've seen them sitting, those spots have less trichomes " 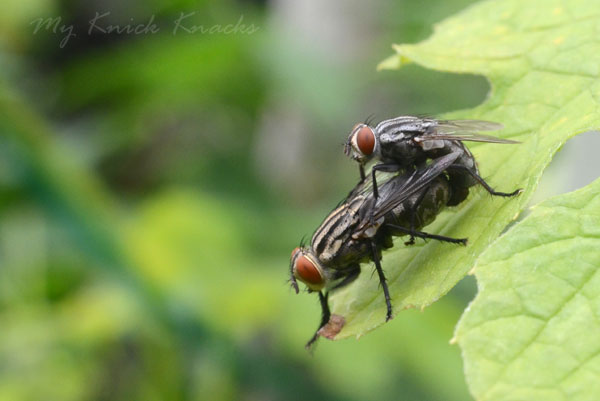 Be fruitful and multiply...this is not address to man and woman
but to the insects and animals too :)